You are here: Home / Blog / An Adventure to Ooka Island

Technology has not changed at our house at the same rate that it has generally, but, we use more of it than many households do, I’m sure.

I remember a time when we didn’t own a camera.  One year, I wrote every detail I could think of to record our child’s 2nd birthday party.  We didn’t have a camera and I didn’t want her to think we hadn’t had a party for her, because there were no pictures; so, I described everything!  Eventually, we owned a Polaroid that developed instant pictures and a little 110 camera.  We had to send our 110 film off in an envelope to get it developed and then got our pictures in the mail.  Initially, 35mm disposable cameras were expensive, yet they cost less than investing in a real one.  The first 35mm camera we were able to buy was all manual.  You set the flash when you needed it, you advanced the film after a picture and rewound the film by hand and gave it to the developer.  It was certainly not an SLR, but I thought it was a wonder!  Over the years, we were able to upgrade to an automatic and I have some great pictures from those years.  The Christmas after our youngest child was born we were given our first digital camera.  You know how, usually, the first child in the family has the most pictures taken of them?  Well, that’s not the case here.  We have so many pictures of our youngest daughter!  Everything new she did was documented with the cool camera that had the itty-bitty screen on the back.  Now, a decent digital camera is reasonably priced and there are nearly half-a-dozen, owned by the teens and adults of our family.  My younger children think you look at every picture after you take it, they don’t know any different.

I used to write out every quiz and test, in duplicate, because I didn’t have a copy machine.  When our older children were our young students, they answered workbook questions on separate sheets of paper, so I could reuse the workbooks with their siblings.  For the last few years, we’ve had a do-it-all printer/scanner/copier.

In years past it wasn’t even a thought to own a personal computer.  It was way out of our budget.  Now, not only do we own a PC, but we have high-speed internet access.

Remember the Walkman that played a cassette tape?  One year, several of the children received personal CD players for Christmas.  Last year the three youngest were given MP3’s.

There are cell phones everywhere! And it wasn’t that many years ago that there were only three television stations and you actually had to leave your house to rent a VHS movie.  No HD, no DVD, no Blue-Ray and certainly not as many acronyms.

An older daughter has a Kindle and I recently bought a WebOS Touch Pad, for reading and school-on-the-go.

Our children know how to use each of these devices and more, usually before we do.  The last two school years have seen a dramatic difference in how I teach, because I’ve had access to online curricula.  I’m still working on finding a balance, but I don’t shy away from the use of technology, like I once might have done.

The fact is, some of my children are a generation apart.  Things have changed.  I have more options today than ever before, when it comes to their education.  By no means are we on the cutting edge of technology, but we are trying to keep a steady pace.

Recently, my youngest daughter and I set out on a new adventure.  Now, before I take a trip, I like to know something about my destination.  I do a little research before I book a flight or a cruise.  I read reviews, check out the best eateries and look for places that aren’t tourist traps.

I discovered an island that I hadn’t heard of before.  So, we went to the logical place to check it out – You Tube.  There are dozens of videos about it!

This one got us excited about beginning our Ooka Island Adventure!

Students style a personal avatar and set off on heroic quests.  Along the way, they develop skills essential to prereading, reading and spelling.  They learn to understand sounds, associate sounds with letters, blending and making words, all while mountain climbing, cave exploring, cake making and more.

This is an innovative program.  There are 24 levels of purposeful, crazy-fun 3D games, led by a robot named Zobot!  The players meet Auntie Kay, Ooka elves that need rescued and the mischievous Figgs.  20 minutes of school work, that they don’t have a clue they’re doing, and they earn 8 minutes of free time.  They’re successes are rewarded with the option to play games or buy stuff for their avatar. 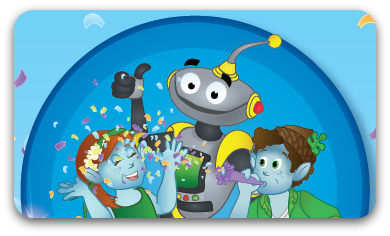 Click graphic to read “the Ooka Adventure for Parents.”

The ten Ooka Island game areas, are designed to build on each other, getting more difficult with each one.  The entire system adapts to each individual child’s progress.  It is a complete curriculum, using 85 interactive e-books, on three levels:  Emergent, Beginning and Fluency.  My daughter is quite fond of the Ooka books, because they seem rather Dr. Seuss-ish and are written for the child.

Take your child on an adventure to Ooka Island, there is a Parent’s Page where you can track their progress and play along.  Together, you will motivate and teach him to be a fluent, lifelong reader.

There’s no risk with the 14-day Free Trial. 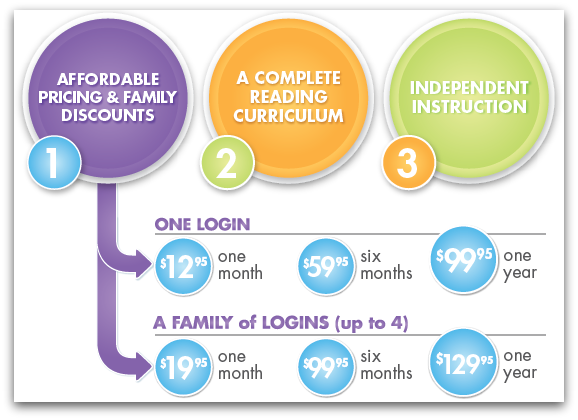 Use promo code:  LAUNCHSPECIAL30  and save 30% on a monthly subscription.

Stay up-to-date with everything on the island by following Ooka on facebook.  Browse the website:  http://www.ookaisland.com  and read Village Voices, the Ooka blog.

This product was given to me, free of charge, in exchange, for my honest review, as a member of the TOS Homeschool Crew. I receive no other compensation for my reviews on this blog.  The opinions expressed are my own.

*Contents of this blog are copyrighted;  they are the property of Knee Deep In Grace and may not be used without written permission.